Mr. Rotten’s wife moved back to Denver with their kids and found someone else to be happy with.  Mr. Rotten and the daughter began to fight – a lot!  She,  at this point, saw very little of her son.   The son, however desperately wanted to see (and live) with his mother.  The Aunt and mother decided to try to keep moving forward with the boy’s life, and in the process purchased another pet for the family.  It was a teacup pig.  The boy, as young as he was, misunderstood that it was not to be treated like a puppy and ran it to death.  The daughter took this as a sign of something wrong with the boy and got him shipped off to an institute in Denver – the old woman (grandma) did not have any authority to stop her as she did not have custody.

Seven days later, the Aunt and the Grandma were allowed to pick up the boy.  He had received some help, but the Grandma received the best help.  The first night the boy was there, a Therapist called the grandma to see if his scream fits were normal.  The old woman told them all of the quirks the boy suffered from since moving in with them after the fire.    The Therapist told the woman to obtain the books called The Whole Brain Child by Daniel J. Siegel and Tina Payne Bryson which turned out to be the best help ever!

The old woman read that book, and others of the same, and was then better able to understand what was going on in her grandson’s head when he reacted.  His were not just fits of rage, A.D.H.D., or proof of his mild autism; but a total mental overload.  The poor little guy of only six was simply being overwhelmed by the world and could not get it to settle enough for him to process it.

The daughter did not bother to entertain getting to know any of this.  She and Mr. Right continued to live together through all of her trials.  In April of 2015, the daughter allowed custody of her son to be assumed by the grandmother.  She was tired of having Social Services on her back (her exact words).

In March of 2016, the courts were finally over with a final decision giving the daughter a misdemeanor child neglect with community service to be done.  The daughter, several months later, decided to check herself into a rehab facility in a wish to untangling her mind.  The mother went to pick her up from there after only ten days.  The daughter appeared happy – the first time in years.

The old woman took her daughter back to Mr. Rottens place, as requested, and within days the daughter was a mess again.  The fights began to escalate.  Then the daughter was told to move out!  She found another friend who was giving up her apartment to move back to Texas.  The daughter took the apartment then the next bad decision:

o   “You don’t want to know.” Was the daughters reply, with a smile on her face.

The Aunt and old woman both looked at each other and instantly knew it was from Mr. Rotten who was apparently out of jail with no restraining order.

FINALLY – the crushing disappointment happened just a few days ago.  A man and woman pulled into the old woman’s driveway around 5 pm, claiming that she just left the daughter in the county jail.  She went on to say the daughter request that the old woman bail her out.

THE OLD WOMAN SAID NO!  She now had aged another million gray hairs worth and felt very tired. 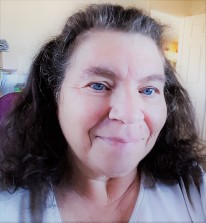 The moral of this story:  to be continued…

(If, after reading all this, one of you – my wonderful readers – can come up with some type of moral; I would love to hear it.) 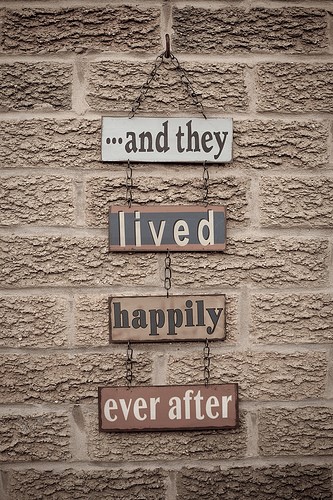 Please also check me out on: www.helbergfarmstories.com for more fun stories from our farm.

Please note: This email contains affiliate links. If you click it, it will come, and you will be directed through my link to the website. If you make a purchase, I will receive a small commission for my efforts.  I thank you in advance for any contribution to my love of writing!

IS BEING HUMANE ENOUGH?

The anger is everywhere.  Why?  I understand that our Protect and Serve departments need an overhaul, but it seems to be going far beyond that. Shouldn’t simply being a decent human being toward another human being be the top priority? I have been around since 1959 and have seen a ton of protests and riots: […]

Is The World Made Up Of Grape Jelly?

I remember that most things on the farm were done with lots of people.  This meant that those that help got to share.  Veggies were hot water bath canned, and fruits into preserves or jelly’s all with teams of people – except for the wild grapes.  That was my mom’s personal passion. Now, you have […]

SMART OR STRANGE AND HELPFUL STUFF?

When I was a kid, my mother was semi-obsessed with Fortune Tellers.  The possibility that another human could actually see or read into the future was exciting to her.  Needless to say, she made sure her daughters kept their minds open to the possibilities of the “what if’s” that are out in the world. I […]

SHORT, SIMPLE, AND SHOULD HAVE BEEN?

Once in a while, I get an email share that I wish would have been circulated much earlier.  This is one of those examples: 5 Ways to Save Energy During Quarantine Craig Gustafson Updated: Apr. 24, 2020 The guys at Familyhandyman.com sent this to my inbox date, 5/7/20, but I noticed it was updated from […]